With the loss of Tigger in 2007, Shasta had to run everything at "MEOWSETTE." That is until the two little interns, Jack and Baxter, arrived. She did a great job training them and even seemed to enjoy the challenge. Everyone at "MEOWSETTE" will miss her quiet, thoughtful nature. She will never be forgotten. A little advice to those fortunate enough to meet her in her next life; she may seem a little shy at first, but be patient and get to know her...you'll be glad you did!

On Friday, July 16, 2010, cats from many neighboring communities filled Oakwood Park to celebrate the life of, and bid their last farewell to, Shasta. And it was no surprise that the park was filled to capacity. Shasta had always said that the best part of her job was working on the Purrsonals, because she never wanted anyone to be alone. And now all those who she had helped, wanted to let her know that she was not alone as she faced her next adventure. At the end of the day, hundreds of butterflies were released to signify her flight into her next life. Have a safe journey, Shasta, we will miss you so much!
Return to  "IN LOVING MEMORY"

IN LOVING MEMORY OF SHASTA 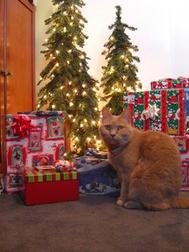 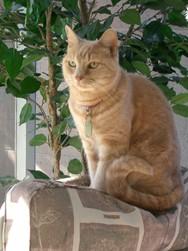 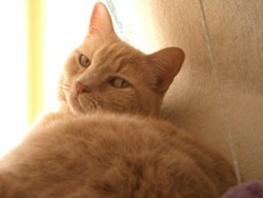 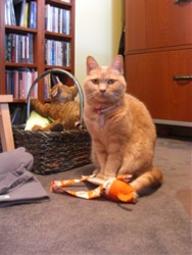 She was a very unique kitty, with golden eyes and fur as soft as silk. She never liked being held or fussed over too much, but was purrfectly content with a good neck scratch and a lap to sit on.

We will miss our beautiful girl so much.